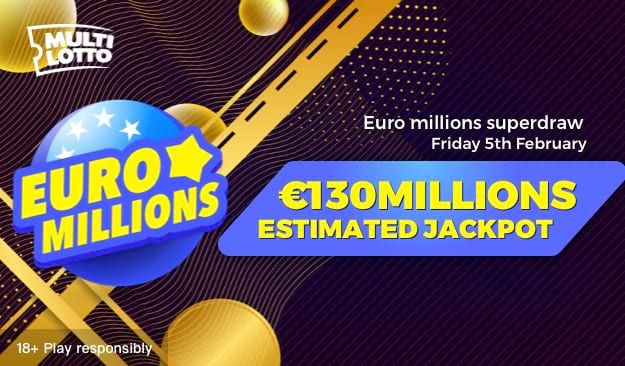 The Euromillions lottery is one of the world’s biggest lotteries, along with the US Powerball and MegaMillions lotteries. It is also Europe’s biggest and most famous lottery.

It was initially launched on 7 February 2004 by combining three lotteries, one each from France, Spain, and the UK. And national lotteries from Austria, Belgium, Ireland, Portuguese, Luxembourg, and Switzerland later joined in time for the draw on 8 October 2004.

Understanding how a multi-country lottery game can support local philanthropic ventures is sometimes a bit confusing. Therefore, let’s look at how the game is structured.

This lottery is not owned and operated by a single regional operator. It is run by a collaboration between the participating countries’ national lotteries, such as the Camelot Lottery from the UK. Each national lottery sets aside funds to support its local communities. Ergo, if you buy a Euromillions lottery ticket in the UK, the Camelot lottery uses some of the money for local philanthropic purposes. Also, because you have purchased your ticket in the UK, you can only receive the winnings in the UK.

As an aside, it is important to note that Multilotto is not a lottery operator. They are one of the foremost global betting services for lotteries. Lastly, they offer a secure online betting environment that allows for competitive placement on over 60 of the world’s biggest lotteries. In other words, when you play this lottery on the Multilotto platform, you aren’t taking a Euromillions lottery ticket; you are placing a bet on the outcome of the latest draw. Multilotto uses the official draw numbers as their winning numbers. In practice, everything remains the same, except the fact that you are betting on the outcome of the lottery draw and not taking an official lottery ticket.

Euromillions: How to play

A standard ticket on Multilotto costs €3.50 per draw, and the current jackpot amount is €79 million. The jackpot rules include the fact that there is a jackpot cap of €210 million. If not won, it can stay at this level for four weeks before the total amount is rolled down and shared between the next prize category winners.

Drawings occur twice a week, on Tuesdays and Fridays at 8:45 pm CET in Paris. And to take a ticket for the next available draw, players must select 5 numbers between 1 and 50 and 2 bonus numbers from 1 to 12. Multilotto offers players the option of using the Quick Pick function, where a Random Number Generator selects their winning numbers on their behalf.

Note: Each number has an equal chance of being selected during a draw. Consequently, irrespective of whether you choose your numbers or the Quick Pick function determines them on your behalf, the odds of winning the jackpot, 1: 139 838 160, or any prize is the same. However, statistics crunched by data analysts and statisticians show that there are numbers that are more commonly selected. Here is a list of some of the different number combinations that appear more frequently than others.

Tips to improve your chances of winning the Euromillions lottery

It cannot be emphasized enough that the draws take place using a Random Number Generator. Therefore, every number has an equal chance of being selected. There is no magic formula to guarantee to select the winning jackpot numbers for a particular draw.

If for some reason, you are absolutely determined to win the next jackpot, and how much money you spend is not an issue, you could buy enough tickets to cover all the different number combinations. Then, no matter which number combination is selected, you are guaranteed to win the jackpot. However, for the Euromillions lottery, you will have to buy 139 838 160 tickets at €3.50 each, translating into a total of €489 433 560. This week’s jackpot is only €79 million. Therefore, even if you guarantee a jackpot win, you will lose about €410 million.

The good news is that there are several options that you can use to increase your odds of winning not only the jackpot but any one of the 13 different prize categories. Let’s look at several of these options.

Wikipedia.com describes a lottery syndicate as a group of people who buy one or more lottery tickets. The only negative here is that if you join a group of 10 people and you win a prize, the winning amount is divided among all the people in the group. For instance, if your group wins the jackpot of €79 million, each member will receive €7.9 million or 10 times less than the total amount. On the other hand, if your group wins the smallest prize for 2 correct numbers of €4.40, each player gets €0.44.

The benefits of joining a group game are that you can buy more tickets, each with a different number combination; thereby, improving your odds of winning the jackpot, or any prize for that matter. For example, let’s assume you can only afford to buy 10 tickets at €3.50 for the same draw, costing a total of €35. If you join a group game with 9 other players and each individual contributes €35 to the payment pool, there will be a total of €350 to buy tickets with. 56 different number combinations will cost you €196, and 126 different number combinations will cost you €441. Therefore, you have a choice to add extra money to the payment pool or save some of the money to buy tickets for the next draw.

2. Choose a mix of odd and even lotto numbers

3. Play hot numbers that have been losing numbers for the last 6 games