Everything you Need to Know About US Powerball

The Powerball is the biggest lottery in the world, one with jackpots that far eclipse any other games and one that is played by millions of people all over the world.

The Powerball is a US lottery and players outside of the US mistakenly believe that they can’t purchase lines. But that’s simply not true. There are no restrictions with regards to nationality—if you can place your bets legally (assuming lotteries are legal in your country and you are of age) then you can play.

That’s where MultiLotto comes in. We have been providing non-US players with the opportunity they need to play this lottery since 2010. Here you can bet on the outcome on some of the biggest lotteries in the world.

If you’re not quite ready to play and want to learn more about this lottery and what makes it so special, then read on.

How Much Does a Powerball Line Cost?

Powerball lines cost €3.50 for standard lines and $3 for Power Play lines (only available for US players). If you purchase a Power Play line then any non-jackpot winnings can be multiplied up to 10 times. 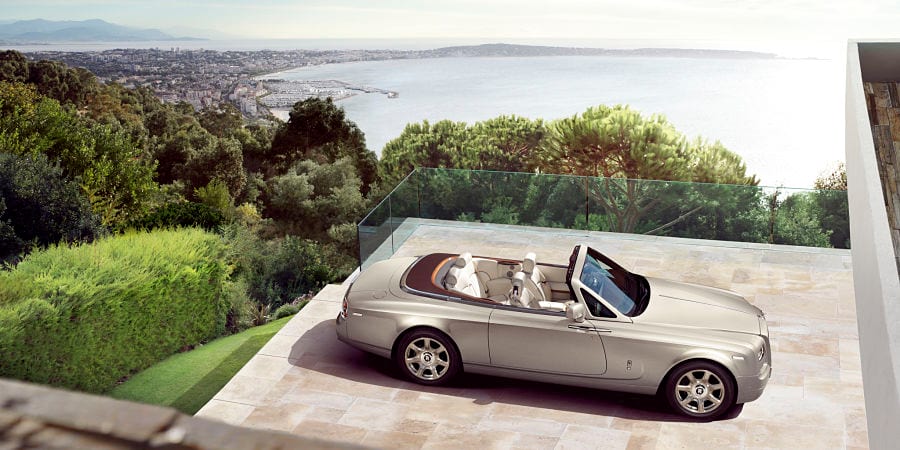 The multiple goes to a maximum of 10x when the jackpot is less than $150 million and a maximum of 5x when it goes above this amount. It is a great way to improve those smaller prizes and has proved to be a very popular addition, one that has inspired similar bonus games on many other global lotteries.

The Power Play does not change the jackpot amount or the second biggest prize, nor does it improve your chances of winning either of these prizes.

What Time is the Powerball Draw?

The draw for the Powerball takes place just below 11pm Eastern Time. In fact, the official time of the draw is 10:59pm, and this occurs every Wednesday and Saturday.

This time isn’t very practical for Europeans as it means the draw takes place very early in the morning. But if you bookmark the MultiLotto site and check back the following day then you’ll see the results straight away. If you buy lines then we’ll also let you know if you have won anything.

Where is the Powerball Draw Held?

The Powerball draw takes place in Tallahassee, Florida, at the headquarters of the Florida Lottery organisation.

This is a government-run organisation that provides players across Florida with a number of scratch cards, lotteries and other games. It does not own or run the Powerball—that is the role of the Multi-State Lottery Association, who are a non-profit—but it was chosen as the host after the draw moved from Universal Studios in Orlando.

Despite hosting the draw, Florida had to wait until October, 2000 until they had their first winner, when a lucky winner scooped over $100 million.

Florida is also home to one of the biggest unclaimed lottery jackpots in American history, when a $53.7 million prize went unclaimed following a Florida Lotto win in September, 2003.

What are the Odds of Winning the Powerball?

Your odds of winning the Powerball jackpot are 1 in 292.2 million.

When the lottery was first launched back in 1992, those odds were just 1 in 54 million, but they have steadily grown over the years as this has become a more lucrative lottery.

But that’s what makes the Powerball so unique, because those high odds mean that rollovers are more likely, which means that the jackpot will continue to grow. That’s how the Powerball reaches such staggering prize pools.

Your odds of winning a prize on the Powerball are 1 in 24, with the smallest prize (paid out when you land just the Powerball numbers) returning odds of 1 in 38.

The odds are roughly 1 in 11 million that you will win the second highest prize, which regularly reaches 7 figures.

To put these odds into perspective, you are twice a likely to die in a vending machine accident than you are to win the Powerball jackpot, and your odds of becoming the US president are roughly the same as winning the second biggest prize.

But if that sounds scary, think of it this way: it has been said that the odds of you existing in the first place (when factoring in your parents meeting, having children, and then creating you) are 1 in 40 quadrillion.

In other words, you’ve already beaten massive odds, so what’s stopping you from doing it again?

What was the Biggest Powerball Jackpot?

The highest it has ever been was nearly $1,6 billion, an amount that was split between three players across the United States.

The minimum jackpot is $40 million, but it regularly exceeds $200 million. It’s worth noting, however, that the advertised jackpot amount is only paid out as an annuity, which means the player will receive it over the course of 30 instalments. If they choose to receive it all at once, as the majority of winners do, then it won’t be as high.

That’s because an annuity gives the money a chance to grow and gain interest, whereas a cash lump sum does not (although the winner can deposit into a savings account on their own in order to generate interest).

In the US, lottery wins are often subject to tax, which can also reduce that figure significantly. To give you an idea of how much of an impact the lump-sum and tax can have, the winners of the nearly $1,6 billion jackpot technically won $528.8 million each, but by the time they received their money they had $327.8 million each.

Which Countries can Play Powerball?

Powerball is offered to players in 44 states, but you do not need to reside in the United States to play this lottery.

If you use MultiLotto to bet on the outcome of a lottery it doesn’t matter where you live. You will need to be of legal age though and you will also need to make sure that lotteries are legal in your country. But other than that, there are no restrictions with regards to country of origin or nationality.

The Powerball is open to all, and when you consider that more countries means more players, more money and bigger prizes, it only makes sense.

So, wherever you are in the world, if you want to win the Powerball just sign up through MultiLotto and hope your numbers come in.

How to Find Powerball Results and Statistics

You can find all of the information you need on the Powerball right here on MultiLotto. The site is regularly updated with the latest rollover news, jackpot news and more. You can place your bets, get the results as soon as they come in, and spend some time browsing through odds, statistics and more while you wait.

You can do all of this with or without an account, but if you have an account then you can also play along, trying your luck in this lottery and many others, including the Mega Millions, another US-based lottery that attracts hordes of players from all over the world every single week.

Which is the best Euro Lottery

Everything you Need to Know About Mega Millions

How to play Mega Sena in the UK