How to Play and Win Powerball, Mega Millions, Euro Millions and Golden Lottery 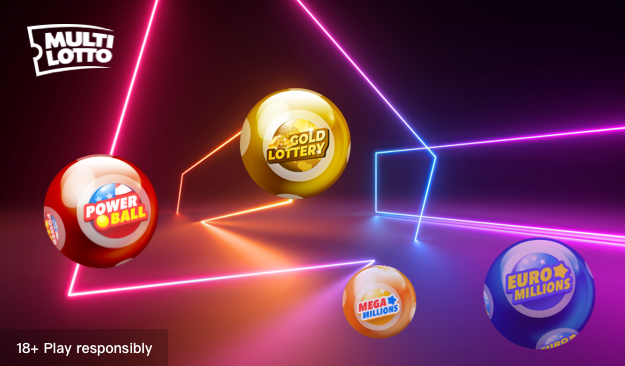 For the purposes of this article, let's assume that you are interested in playing one of the four biggest lotteries in the world. But you do not know the ins and outs of playing on an online platform such as Multilotto.

Therefore, here is a how-to guide for each of the following lotteries, Powerball, Mega Millions, Euro Millions, and the Gold Lottery.

Powerball is a USA-based lottery, and it has been recognized as offering the biggest lottery in the world, breaking several records for the biggest prize pools and jackpots.

The standard jackpot starts at $20 million (USD) and increases exponentially every time the jackpot is not won. The biggest jackpot ever offered by the Powerball operators was $1.58 billion, won in January 2016 by a syndicate of three players or group play.

There are a couple of options that you can use to buy a Powerball ticket:

Buy a ticket from an authorized reseller.

Purchase a ticket online through Multilotto, the preferred option for many reasons not relevant to this discussion.

Irrespective of where you purchase your ticket, you need to select six numbers, 5 main numbers between 1 and 69, and 1 Powerball or bonus number from 1 to 26.  There is a choice between hand-picking your numbers or using a Quick Pick feature, a random number generator that randomly selects your numbers on your behalf. Once your numbers are chosen, the second last step is to check out and pay.

The cost of a ticket on the Multilotto platform ($3.50) is slightly different from the price of a ticket directly from an authorized Powerball reseller ($2). This is for 1 line for 1 draw. You can add extra lines to a draw.

As with all of their other lottery games, Multilotto offers its clients the option of taking a single ticket, participating in a group play, or taking the system game option.

As an aside, the system game option allows you to pick more numbers than for a standard ticket; thus, providing more opportunities to win.

The first Mega Millions draw took place on 6 September 1996. It was relaunched in 2002 under its current brand name. Mega Millions is known for its large jackpot winnings. It was the first lottery to register the largest jackpot of $656 million, split three-ways by the winning syndicate in 2012. Because its starting jackpot is $40 million and there is no upper limit to the jackpot size, it has become a popular option for lottery pundits.

As with the other lottery games discussed in this article, the same options exist to purchase a Mega Millions ticket. Thus, let’s look at the details of playing the Mega Millions lotto on the Multilotto platform.

It costs $3.50 or €3.00 per line for a single draw. And players must select six numbers, with the main numbers between 1 and 70 and the single bonus number between 1 and 25. You can either choose these numbers yourself or “ask” the Quick Pick random number generator to select your numbers.

In order to ensure that you never miss a Mega Millions draw, the other playing option is to opt for a recurring subscription. There is a choice of a 1 -month or a 12-month subscription period.

The Euromillions jackpot is Europe’s largest jackpot. The first draw took place about 16 years ago, in 2004. Fast forward to 2020, and it is easily Europe’s favorite lottery game and one of the most sought-after global lotteries.

In order to take a ticket from anywhere in the world, it is essential to sign up with Multilotto. Once you have funded your account, the next step is to navigate to the Euromillions’ web page, select your winning numbers, and pay for your ticket.

The draws take place every Tuesday and Friday evenings at 9 pm and 10 pm CET, respectively.

Succinctly stated, the jackpot has a cap of €90 million ($107 million). Once the cap has been reached and not won for five consecutive draws, it will be distributed among the winners of the next biggest prize.

For instance, this lottery pays out prize money down to 12 levels under the jackpot. Therefore, everyone who correctly selects anything from 2 numbers upwards has a chance of winning a prize, albeit a small prize. Thus, in the roll-down scenario, it does not matter at which level the next prize winners are. They can be from the second division where all 5 main numbers and 1 bonus number are correct, right down to where only two main numbers are accurate.

The Gold Lottery might be considered an interesting but controversial addition to this list. After all, the jackpot prize is only 1 ton of gold, which at today’s gold price translates into just over $59 million (USD). Juxtapositionally, the Powerball jackpot prize is currently sitting at $423 million. The Mega Millions jackpot is $399 million, and the Euromillions is about $153.8 million.

Why play the Gold Lottery?

The Gold Lottery is unique to Multilotto and provides lottery pundits with a new and unique opportunity to play a new lottery game. The draw takes place six days a week, except Sunday, at 9:30 pm CET.

There is a daily prize of 10 kgs of gold for a regular ticket and 1 ton of gold if you take a boosted jackpot ticket for the next draw.

The route to follow to buy a ticket on the Multilotto platform is similar to playing any of the lotteries offered on their platform. Ergo, open a player’s account, comply with the KYC documentation requirements, fund your bankroll, and navigate to the Gold Lottery’s page and purchase a ticket by selecting the requisite numbers and paying for the ticket.

This lottery game affords players the ability to win something for most of your selected numbers matching the winning numbers picked, from the jackpot where every number was chosen is correct, right down to a 3 + 1 number match, 3 balls from the main draw plus the bonus number.

The Top 5 Most Popular Lotteries Accessible from within South Africa