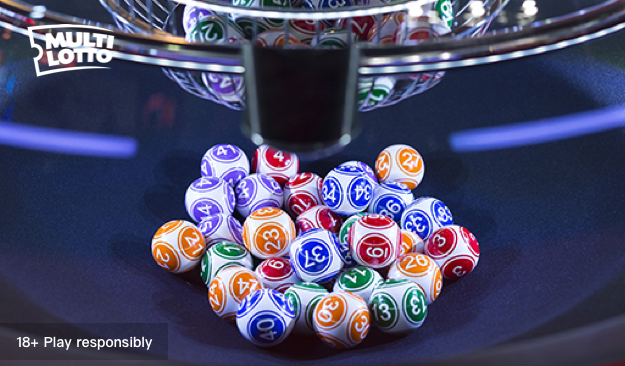 Are you interested in playing one of the world's biggest lotteries, like the Powerball, Mega Millions, and Euromillions lotteries? Or are you perhaps playing the smaller lotteries like Poland's Mini Lottery, the Austrian Lottery, the Irish Lotto, or the Spanish Lotto?

As an aside, the Powerball and Mega Millions lotteries are hosted in the USA, and the Euromillions Lottery is Europe's biggest Lottery. While the smallest lotteries originate in the countries in their names. The Austrian Lottery is from Austria, the Irish Lotto is from Ireland, and the Spanish Lotto is from Spain.

Lotteries are big business in many of the countries across the globe, such as Spain. Spain holds the world record of having the largest or longest-running lottery in the world. The El Gordo or "Fat One" has been running since 1812 without stopping.

Interestingly, the first El Gordo Lotto draw ceremony was held five days before Spain ratified its constitution in 1812. It has continued every year, even during the country's civil war during the early twentieth century.

Therefore, the question that begs is whether it is possible to play any one of these lotteries, especially if you don't live in each Lottery's host country.

The straightforward answer to this question is that it is possible to play any one of the world's lotteries by signing up with the Multilotto online lottery platform.

Note: Multilotto is not a lottery operator, and does not offer physical lottery tickets. It is an online betting service offering the possibility to bet on the outcome of the official lotteries, creating an opportunity for global lotto pundits to place competitive bets on over 30 of the world's lotteries.

Let's expand on this answer by looking at how to play three of the world's biggest lotteries, irrespective of where you live.

Before we look at how to play these lottery games, it is essential to take note of how to buy a line for any lottery on Multilotto.

Succinctly stated, you cannot take a lottery line for any lottery without opening an account. This is reasonably simple. All you need to do is follow the instructions on the sign-up web page. Once you have completed the “paperwork,” as it were, the last step is to fund your bankroll. Multilotto often offers a welcome bonus or a monetary gift to thank new customers for signing up with the online lottery platform. The current sign-up bonus is a 100% deposit bonus up to €50. In other words, for every Euro you pay into your online gambling account, Multilotto will meet it Euro for Euro.

Note: There are terms and conditions attached to this welcome bonus, so be sure to check them out before accepting the bonus.

As described above, the El Gordo Lotto might not have the highest value jackpots, but it is the longest-running lottery game. Therefore, it deserves a mention.

The draw takes place once a week on a Sunday evening at 21:30 CET. When this lottery first started, it was only drawn once a year, at Christmas. Fortunately, it is changed to weekly draws, 52 weeks a year.

In order to take a line, you have to select 5 main numbers from 1 to 54 and 1 bonus number from 0 to 9. You can complete as many entries as you would like to, then click on the green <PLAY NOW> button to complete and pay for your line(s).

The Euromillions lottery is an international lottery. It was initially created when the French Française des Jeux, Spanish Loterías y Apuestas del Estado, and the United Kingdom's Camelot lotteries combined to form the Euromillions lottery. The first draw took place on 13 February 2004 in Paris. The initial participating countries were France, Spain, and the UK. However, by October 2004, Austria, Belgium, Ireland, Luxembourg, Portugal, and Switzerland joined the original three countries.

Drawings are held twice a week, on Tuesday and Friday evenings at 20:45 CET in Paris. Taking an online ticket through Multilotto is easy. All you need to do is navigate to the Euromillions web page, choose the number of lines you want to play, select your numbers, use the quickpick function, and check out to complete the transaction.

Some of the unique features of the Euromillions lottery include the following:

5. On the other side of the scale, the odds of getting 2 correct numbers and winning the lowest prize of just under $5 is 1:22.

The Mega Millions draw takes place twice weekly, on Tuesday and Friday evenings, American time, including holidays. This translates into 5 am Wednesday and Saturday mornings CET. The good news is that you do not have to get up early to check whether you have won the jackpot; Multilotto keeps a record of all the draw results on their website, allowing you to check the results of the latest draw any time it suits you.

In order to play the Mega Millions online, all you have to do is to go to the Multilotto Mega Millions betting page. For each line you take, you must select 5 main numbers between 1 and 70 and 1 bonus number between 1 and 25. You can either choose these numbers yourself or use the QuickPick option or Random Number Generator to select the numbers on your behalf randomly. Once you are happy with your chosen numbers and the total number of lines you want to pay for, the final step is to complete the transaction.

While this article only discusses three of the biggest lotteries available on the Multilotto online lottery platform, opening a playing account with Multilotto will open the doors to over 30 different lottery games for you to play. Therefore, the only thing left to say is to have fun playing the lotto.