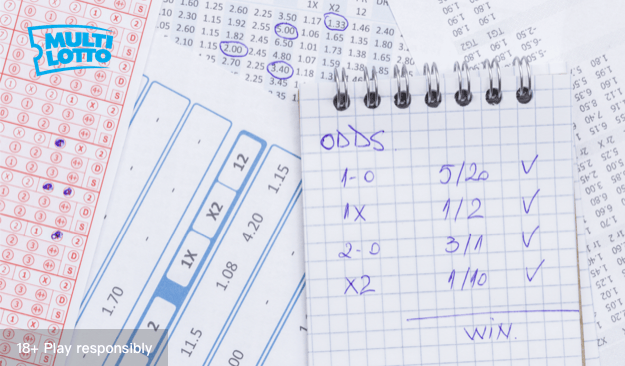 Are you interested in playing the lottery? If so, the assumption is that you would like to play to win. Therefore, the question that begs is whether there is a possibility of calculating what chance you have of winning. The concise answer is that it is possible to calculate your odds of winning the lotto using probabilities and probability theory.

Consequently, let’s start this discussion (and expand on this answer) by considering the dual definitions of probabilities and odds.

Probabilities versus odds: Why does it matter?

These terms are often used interchangeably in general discussion. And, without considering the math behind each concept, it’s easy to mix them up. In other words, the quintessential nature and fundamental difference between odds and probabilities lie in the mathematical equations.

Why does it matter?

This is a valid question and deserved a considered answer. In summary:

A probability is a statistical term that describes the likelihood of an event occurring. It is similar to the odds of an event happening, but not the same. In summary, while both of these terms describe the likelihood of an outcome occurring, they look at the possibility of this event happening from different perspectives. If there is a high probability of a result, the odds are high that this event (or outcome) will occur.

Stats.seandolinar.com defines a probability as the “fraction of desired outcomes in the context of every possible outcome with a value between 0 and 1, where 0 would be an impossible event, and 1 would represent an inevitable event.”

Juxtapositionally, odds represent the desired outcome versus the rest of the field. They represent either the odds in favor of a particular result or the odds against a stated outcome.

At this juncture, it is imperative to note that percentages depict probabilities, while odds are expressed as ratios.

The simplest and de facto scenario that illustrates the probability and odds of an event occurring is the traditional coin toss. There are only two options: heads or tails.

Hence, the probability of either heads or tails ending on the coin’s face every time it is tossed is 50%. Because there are only two options, the likelihood of the other option landing face-up is also 50%. And finally, the odds of either event occurring is 1:1.

The math behind probabilities and odds: Coin tosses and candies

The probability of event A occurring equals the number of events A over (divided by) the total number of possibilities.

If we revert to the coin toss example, for expediency's sake, the probability of heads landing face-up is as follows:

The next scenario that describes the possibility of an outcome occurring is to consider how many specific colors there are in a jar of candy. There are 12 pieces of candy left in the jar: 6 red, 2 yellow, 3 blue, and 1 black.  What is the probability of pulling a red candy out of the jar?

Again, the equation used to calculate this probability is:

Our equation will look as follows:

We want to know the probability of pulling a red candy out of the jar. This is calculated by adding up all the red candies (6) and dividing it by the total number of candies.

The probability of ending up with a red candy is 50%. The odds of this event occurring in relation to the total number of candies in the jar is:

The theory and nature of randomness

Before we study the calculations that answer what the probability is, or the odds of winning the lottery are, let's consider the role the theory and nature of randomness play in determining the outcomes of this week's lotto result.

If we revert once again to the example of the traditional coin toss, randomness does not influence the outcomes of this action. There will always be one of two results: heads or tails. However, as probability theory proves, this example is what is known as a fair coin toss. External circumstances do not play any role in influencing the outcomes of this event.

The Stanford Encyclopedia of Philosophy defines randomness as the haphazard occurrence of an outcome. This result occurs by chance; a mathematical equation cannot measure it.

This point is relevant when discussing the house edge (or casino's profit) added to all gambling transactions. While the details do not apply to this discussion, suffice to say that the seed point is often manually set to take the house edge into account.

Final Thoughts: Calculating the probability of winning the lottery

The second aspect needed to add to this equation is the number of different numbers chosen ®. This is usually finite in that a standard lotto ticket usually has 6 numbers per row or board. But, any combination of distinct numbers between 1 and 49 is allowed.

The third and final element is the factorial (!). In summary, this is the product (sum) of “all positive integers less than or equal to n.”

For the sake of completeness, the equation is as follows:

Fast forward to the conclusion: