The Psychology Behind Playing and Winning the Lottery 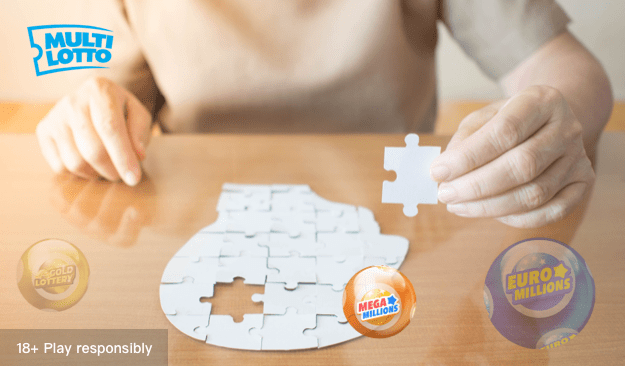 January 2020 statistics, reported by Statista.com, demonstrate the lottery industry’s year-on-year growth between 2010 and 2018. When added together, the total growth in lottery ticket sales from 2010 to 2018 is about 59%. The largest growth was 13.3% in 2011 and the smallest growth was 2% in 2015.  Clearly, the world’s population prioritizes the regular purchase of lottery tickets.

This fact is interesting from a psychological point of view. Because, if we consider the facts, there is very little reason to spend money on a lottery ticket from an online lottery platform like Multilotto.

By way of expanding on this point, let’s consider the following points.

The odds of winning any one of the available lottery jackpots like Powerball, Euromillions, and Mega Millions, are about 1 in 292 million. The Investopedia.com article titled, “The Lottery: Is it Ever Worth Playing,” puts this number into perspective,

1. There is a 1 in 2.3 million chance of being struck by lightning and killed.

2. Secondly, there is a 1 in 3.4 million chance of being killed after being struck by a poisonous snake.

3. And, oddly enough, a 1 in 10 million chance of being struck by falling airplane parts.

Thus, the question that is dying to be asked and answered is, why do people continue to take lottery tickets with such poor odds?

The common thought behind taking a lottery ticket is summed up by this statement.

“Someone has to win the lottery, and the only way to win it is to be in it.”

Let’s dig a bit deeper and consider the psychology behind playing the lottery. As an aside, this topic ties in with the broader topic, the psychology of lottery gambling, or gambling in general.

The research article by Mark Griffiths and Richard Wood describes the reasons for the continued traction and growth in the lottery industry is due to “a number of simple and interrelated factors.”

Part of why lotteries are so popular is the congruency between the low-cost of a ticket and the high jackpot value. Without one or the other, there is a very good chance that lotteries would not be as popular as they are. It would seem as though the minuscule probability of winning the jackpot, as described above, is not factored in by the average player. Griffiths and Wood posit that this is because there is a “general ignorance of probability theory.”

There is no reason to doubt their research, but there is also a sizable tranche of people who know what the odds of winning the jackpot are, and they still choose to play more than one lottery game per week. Unfortunately, there are very few statistics to back this statement. Consequently, it is based on the author’s experience.

The article titled, “The Psychology Behind Buying Lottery Tickets,” by Daniel May states that even though the odds of winning the jackpot are extremely slim to virtually none, the fact that there is a jackpot and a possibility of winning the jackpot, no matter how small, represents hope, especially to the financially needy.

Is this hope reality-based? It does not seem to matter whether this hope is realistic or not. The odds of winning when playing Lotto represents hope to people who are desperately short of cash. The challenge with this hope is that statistics show that most people who buy lottery tickets are not wealthy, with households who earn less than $30 000 per annum taking at least one lottery ticket per week and translating into spending $412 per year on lottery tickets. Households that earn less than $12 400 a year pay about 5% of their total income on lotteries.

To many, playing the lottery seems irrational. Ryan Anderson (Ph.D.) defines the “ways to explain irrational behavior” by citing the work of an eighteenth-century Swiss polymath, Daniel Bernoulli, who changed the world forever by developing what is now known as “utility theory.”

In essence, utility theory describes how to “behave in any given situation where the outcome is uncertain.” This approach notes that human behavior is never 100% rational all of the time. It is possible to display rational thought some of the time. However, we all fall “victim to an array of cognitive biases that hijack our ability to critically evaluate a scenario and offer a considered, logically optimal response.”

How does this theory relate to playing the lottery?

Lotto ticket takers intuitively understand that they will probably not win the jackpot. The odds are just too low. Yet, it doesn’t stop people from playing the lotto.

Consequently, the question that begs is why do people still flock to the many lottery games offered worldwide?

By way of answering this question, let’s consider the following reasons, most of which are rooted in psychology.

There is a unique allure about "almost winning" the jackpot. Because the miss is so close to the win, it gives players hope for the future. A concrete example of this is found in skill-based games like basketball. The "almost misses" providing players with useful feedback and implicit encouragement to continue trying because they are so close to sinking the ball in the hoop. It is the same as playing the lottery.

If the lottery gamer gets between three and six numbers correct, this "near miss" principle kicks in. The research paper, "Gambling near-misses enhance motivation to gamble and recruit win-related brain circuitry," describes this phenomenon as follows:

"Near-miss" events, where unsuccessful outcomes are proximal to the jackpot, increase gambling propensity. It is important to note that "full-misses" have a different effect on the human brain than "near misses." But they both drive players to continue taking lottery tickets in an attempt to match the winning jackpot numbers.

What is a heuristic?

In summary, it is a “mental shortcut that allows people to solve problems and make judgments quickly and efficiently.” They are also known as rule-of-thumb strategies that shorten the decision-making time, and “allows people to function without constantly stopping to think about their next course of action.”

Finally, while heuristics are helpful in many scenarios, they can also lead to cognitive biases or a “systematic errors in thinking that occurs when people are processing and interpreting information in the world around them and affects the decisions and judgments that they make.”

In other words, people feel encouraged and empowered to continue taking lottery tickets even though the odds of winning anything, never mind the jackpot, are incredibly slim. We hear and read stories about people winning the lottery all of the time.

What is not reported is the average person who takes a weekly lotto ticket for over 20 years without winning more than a couple of dollars if the selected numbers match one or two of the winning numbers. As a result, it becomes reasonable to consider that winning the jackpot is not that rare when, in reality, winning the jackpot is exceptionally rare.

Even though playing the lottery has very little economic value, there is merit in seeing this action as entertainment value. While you will more than likely not make a monetary gain, there is value in playing one or more lottery games a week for sheer entertainment. Ergo, different people choose different entertainment activities like going to the movies, eating out, or visiting art galleries and museums.

At this juncture, it is critical to note that gambling in any form is a high-risk activity, and you should never gamble or take lottery tickets with money you cannot afford to lose. Therefore, it is critical to set a predetermined amount of money every month for entertainment. And once this pre-allocated money is finished, you must be self-disciplined enough not to take funds from other budgetary items, especially not debt repayment amounts.

If you choose to play a daily lottery that costs $2 per ticket and you take at least three tickets per day, the daily cost is about $6, $42, $1260 per day, week, and month respectively. This is a substantial sum of money every month, and a large number of the global population are unable to fund this spend indefinitely.

Therefore, it is essential to think carefully about your reasons for playing the lottery. And to play intelligently and with careful forethought before randomly taking many tickets per day, week, month, and year.