The Top 5 Most Popular Lotteries Accessible from within South Africa 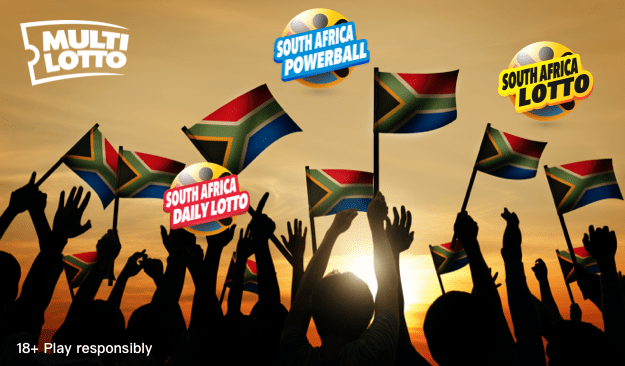 Are you a South African resident? If so, are you interested in playing one or more of the available lotteries?

The top 5 most popular lottery games

At this point in the article, it is worth noting that Lotto has become one of the most popular online games in the world today. The game originated in sixteenth-century Italy. It is said that the first Italian lottery where tickets were purchased was held in Florence in 1530. It moved across Europe to Great Britain and then was imported into the New World countries like the USA.

The development and adoption of the Internet as a mainstream business vehicle and communication channeled to a rise in the lotto game's popularity. Succinctly stated, with an Internet connection, mobile, laptop, or desktop device, lotto gamers can sign up with any online lottery service provider from home without having to travel to the country where the online lotto company is registered. Distance and country borders no longer matter.

Liam Wilson of lotterygo.com notes that “finding a good online lottery site can be a little tricky.” Succinctly stated, it is necessary to make sure that the site you sign up with is not a scam. Secondly, it is vital to check the site’s payout rules. Specific platforms might refuse to pay out your winnings based on random criteria to save money.

Consequently, it is critical to thoroughly research a site before paying money for a lotto ticket.

Therefore, let's look at the top 5 most popular and exciting lottery games playable from within South Africa.

The South African Lotto fans can play this lottery game on the Multilotto website.

Compared to other lotto games, the South African Lotto is a relatively young game in that it has only been around for 20 years. It originated in 2000, following on from the old Natal Lotto. Three years later, Lotto Plus started. This is a supplementary weekly game that is only playable when gamers purchase a primary lotto ticket.

As an aside, Natal was a province in South Africa before the 1994 first democratic elections. It merged with the semi-independent homeland or Bantustan, KwaZulu, to form KwaZulu-Natal.  The primary aim of the Natal Lotto was to fund local charities. And it was launched in 1992 by Operation Jumpstart.

The South African Lotto is gaining followers despite its young age. The one contention, when compared to other lottery games, is that its jackpots appear to be much lower than the worldwide average. However, this fact must be counterweighted by each line's corresponding low cost and the many different versions of the game. All in all, playing the South African Lotto is a good option.

The draw for this lotto takes place twice a week, on a Wednesday and a Sunday.

How do you play this lottery game?

Succinctly stated, to play the South African Lotto, you must take at least one ticket or line for each draw. Each line costs R8.50 (ZAR) or €0.20 (EUR).

The math behind the South African Lotto is relatively simple. It uses a single matrix format, and the pool consists of a total number of 52 balls. In other words, as a player, you only need to focus on one pool of balls.

You can choose up to 20 lines for each draw, allowing the selection of twenty different number combinations. Six numbers plus an extra number must be selected for each line. And you can choose any combination of numbers between 1 and 52.

In order to win the jackpot, all six numbers must be correct. The additional or bonus number determines who wins the second, fourth, sixth, and eighth places.

This lotto allows an unlimited number of rollovers. While the prize pool starts at R2 million (about €129 000), it quickly grows if there are no winners.

The Mega Millions lottery is captioned as the “American Giant jackpot.” This lotto game was first known as The Big Game. Its first draw was held in 1996, and from the outset, it gained a reputation of being a lottery with a huge jackpot. Over time its jackpot has grown even bigger and more impressive. The jackpot starts at $40 million (USD). There is also no maximum jackpot value, which is why this lottery regularly offers 9 figure jackpots.

It is perhaps worth noting that the biggest jackpot ever won, $656 million (USD), was in March 2012. Three ticket holders qualified to win this jackpot, so they each walked away with a third of the total amount.

A single ticket costs €3 through the Multilotto platform, but you can choose to boost your ticket by adding an extra €2 to the ticket price.

The mathematics behind this lottery game is slightly more complicated in that you have to select 6 numbers from two number pools, 5 numbers from 1 – 70, and one number from 1 – 25. There is no limit on the number of tickets you can buy.

Finally, the draw takes place every Wednesday and Saturday. Should you win any money, it will be paid out by Multilotto.

This lottery game is touted as the “biggest lottery in Africa.” It employs a similar format to the American Powerball game. The most significant difference is that the jackpot payouts are not as high as the American Powerball lotto. The double matric number format also has fewer balls, only fifty in the main drum and twenty in the second drum. Succinctly stated, the fewer balls translates into the greater odds of winning the jackpot.

This game has only been around since 2009, but the winning jackpots have been pretty fantastic for a South African lotto game. The highest jackpot ever won in 2018 when one ticket holder won R145.5 million (ZAR) or about €9.4 million (EUR). The second and third highest jackpots ever won are R102 million or €6.6 million and R91.5 million or €5.2 million, respectively.

As with all of Multilotto’s other lottery games, there is an option to play a single game, group play, and system game.

And there are two online draws per week, on a Tuesday and a Thursday.

4. Powerball (The US Powerball)

The US Powerball lottery originated in 1992 and is known as the biggest lottery in the world. It’s jackpots, and prize pools have broken many records over time. The standard jackpot starts at $40 million (USD), with the biggest Powerball jackpot ever won, reaching $1.58 billion. This jackpot amount was won and shared by three ticket holders.

One of this game’s unique features is that the profit ratios are fixed in the prize categories 2 and 9. In other words, the winning amount is fixed or the same regardless of what the jackpot is and how it grows.

Once you have chosen the number of lines you wish to play and a set of six numbers for each line, the final step is to pay for your tickets on the Multilotto platform and wait for the next draw to see if and how much you have won.

The Euromillions lottery offers pundits Europe’s biggest jackpot. It is a major European lottery game that can be played worldwide via the Multilotto platform.

Its origins were back in 2004 and quickly became one of the sought-after and highly regarded lotto games in Europe. It is currently one of the most played lotteries globally, with pundits from all four corners of the earth.

The math behind the Euromillions lottery is based on the fact that each ticket or line consists of 5 main numbers, selected from a pool of numbers between 1 and 50, and two bonus numbers from 1 to 12.

In order to play the Euromillions lottery, all you need to do is buy as many lines as you want to for each draw. All you have to do is to select the numbers on each line as described. Then add the tickets to the online cart, pay for the tickets, and finally wait for the next draw to see the outcome.

Online Lotteries versus the South African Gambling Law: A timeline

Although the main purpose of this article is to discuss the top 5 most popular lotteries in South Africa, mention must be made of the South African gambling law.

In general, these laws are considered by many to be overly restrictive, especially when it comes to online gambling. The exception to these restrictions is the lottery, both online and land-based.

Statistics quoted by legalgamblingandthelaw.com show that over 80% of all South Africans buy a lottery ticket at least once a week. This metric demonstrates one of two points:

A timeline of the creation of gambling bills and their amendments demonstrates the following:

By way of expanding on these points, let's consider a timeline of the history of the gambling law in South Africa:

Gambling was restricted as early as 1673 by the Dutch settlers who arrived on the South African shores.

The National Gambling Act of South Africa was passed into law. It prohibited all forms of gambling, except for horse racing.

Land-based casinos started opening in the former Bantustans, such as Transkei, Ciskei, Venda, and Bophuthatswana. These territories eventually became independent homelands even though they weren't recognized by the rest of the world. And they were amalgamated back into South Africa in 1994 after the first democratic elections.

Even though gambling was illegal, gambling fever spread across the country with the rise of illegal casinos. There were over 2 000 illegal casinos by 1995. Eventually, the government realized two things: These casinos weren't going away and weren't getting anything out of it in taxes.

The National Gambling Act of 1996 was passed. Brick-and-mortar casinos were allowed as long as they applied for, and were granted, a license.

The 1996 Gambling Act was formally replaced by the Act of 2004. The most critical point of this act is that all forms of online gambling were prohibited.

Substantial problems arose from the 2004 act's implementation, with particular reference to the banning of all online casinos. Therefore, in 2008 an amendment to this act was published to legalize online gambling.

This act was overridden in 2010 by a Gauteng High Court ruling that negated the 2008 act and stated that no overseas operators could offer any online gambling services to South African residents.

This ban did not stop online casinos from attracting South African punters. Some organizations even accepted deposits in the South African Rand (ZAR).

At this juncture, the South African authorities realized that it is challenging to control illegal online gambling.

A draft of the Remote Bill of 2014 was drawn up but has never progressed further. Therefore, according to the South African Gambling laws, all forms of online gambling, with the exception of sports betting, are still illegal.

These laws are applicable to the global umbrella term, online casinos and gambling, which in theory covers online lotteries.

However, for practical purposes, the question that begs is where do lottery games, both virtual and land-based, fit into these laws?

This answer is provided for us by michaelsons.com.

There is a Lotteries Act (57 or 1997) that governs lotteries in South Africa. It was established to oversee lotteries, raffles, and sports pools. It also describes the various types of legal lotteries:

Again, not much has said about online lottery games run by offshore casinos or lottery companies. The assumption that they must still be considered illegal because the Remote Bill of 2014 has not moved past the draft phase. However, this seems to be a grey area with loopholes that can be capitalized on by service providers and pundits.