Who Plays the Lotto and Why 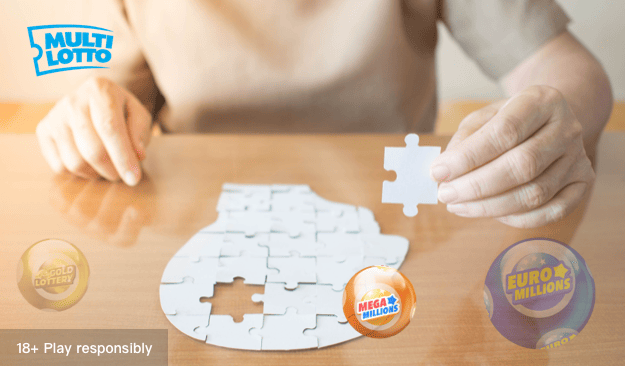 State-endorsed lottery games often find themselves amongst the most popular games of chance available to a nation’s residents. Big winners of mega lottery jackpots are routinely splashed across the global media.

Additionally, state and national lottery games are no longer the only lotto games’ participation, the only options for the world’s netizens. Online lottery platforms like Multilotto are also a viable option to play one (or more) of the more than 30 lotteries on offer.

Note: Although Multilotto is one of the foremost secure online lottery betting services, it is not a lottery operator. This allows pundits the option of participating in more than 30 national lotteries on offer on its online platform. In other words, players bet on the outcomes of the lottery of their choice. Multilotto uses the actual lottery draw numbers as its winning numbers: these lottery draws are audited; therefore, they are bona fide operations, and their results are reliable and verified.

Who plays the lotto and why?

Even though lottery revenues subsidize NGOs and their projects, the demographics of lottery players is also a cause for concern. A 2011 research paper published in the Journal of Gambling Studies, titled “Lottery Gambling: A Review,” presents an “exhaustive review of the literature on lottery gambling.” This paper demonstrates why people buy lottery tickets based on the demographics, concluding that the “poor are still the leading patron of the lottery and even the people who are made to feel poor” buy lottery tickets.

Therefore, let’s look at a summary of the different demographics of lottery players.

1. Young people or the millennials

Legalizing gambling has resulted in a significant increase in the number of young people gambling, especially playing the lotto. The best predictor of their gambling behavior is their parents’ lottery participation. In other words, the millennials are more likely to gamble and take lottery tickets if their parents play the lottery.

Secondly, a 2012 study(1) conducted by Yale University showed that young adults who received scratchcard tickets as gifts while children or teenagers were more likely to succumb to problematic or risky gambling behavior.

As a result, it is vital that parents educate their young adults in the art and science of responsible gambling or lottery ticket taking both in word and action.

2. People who live in states where gambling has been legal for a long time

A 2016 study(2) reported a higher incidence of problem gambling or gambling addictions in states or countries where gambling has been legal for a very long time, and there is easy access to a wider variety of lottery, sports betting, and casino games available for consumption.

This study was conducted via telephone surveys undertaken from 1999 to 2000 and 2011 – 2013. Gambling exposure was defined as the number of years where legal gambling was undertaken by the person surveyed. Lastly, the same questions were used during both sets of surveys, and the results were combined to draw a conclusion.

3. Minorities are at the greatest risk of developing gambling addictions

A 2010 study(3) reported that lottery outlets are often situated in areas where large numbers of minorities live, who are often at the most significant risk of developing gambling addictions.

The psychological reasons that explain the connection between poverty and lottery gambling are complex. The assumption that low-income earners and unemployed people disproportionately play the lottery is incorrect. As highlighted above, there is a connection, but it is not the only reason why people living in marginalized communities show increased levels of lottery play.

Another research study(5) proved that sociodemographic and economic aggregations correlate across the lifespan. In other words, individuals across a wide variety of socioeconomic sectors and age groups are more likely to play the lottery. Let’s consider some of the conclusions this study came to.

The lowest 20% of the socioeconomic status of all American residents had the highest rate of lottery gambling and the highest mean levels of days gambled in the past year (26.1 days).

The average age group of individuals who show the highest statistics of playing the lottery are considered Millennials. In other words, they are between 20 and 30 years of age.

The main takeaway from this discussion is that it is imperative to gamble in moderation and not use money you can’t afford to lose. The catchphrase, “Winners know when to stop,” is particularly relevant here. Therefore, when playing the lottery, it is essential to be mindful that you should gamble responsibly and intentionally buy lottery tickets, using money set aside as part of your budget.

Success Stories: The 5 Biggest Lottery Winners in Canada (So Far)

Welcome back to the Multilotto Casino!
More articles
Biggest jackpots