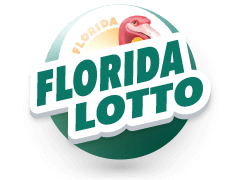 Throughout the United States of America, there are numerous lotteries which are run by the various State governments with each having a different set of conditions and rules as per the region's gaming legislation. A government-run organization, the Florida Lotto which was established in the state of Florida allows players to test their luck as they attempt to win the jackpot.

Considered one of the most popular lotteries in the United States, the Florida Lotto has paid out over $100M in winnings since its inception. It started on January 12, 1988, after an amendment to the constitution was passed in Florida by the state's voters in the November 4th, 1986 general election. Like other successful lotteries in the country, its major aim is to provide extra funding to the Florida education system. Therefore, a significant volume of the revenue realized from the ticket sales is channeled to the Education Enhancement Trust Fund. The first game played on the lottery was Millionaire which was a $1 scratch game with a $1M prize paid out annually.

How To Play Florida Lotto

The process to play Florida lottery is not as complicated as you might imagine. Acquiring a play-slip from a Florida Lottery retailer is the first and foremost thing f you are not playing the online version of the game. If you are wondering what a play-slip is, well, it is a sheet of paper numbered 1 to 53 where every player is required to fill six numbers. During the two weekly draws held on Saturday and Wednesday during a live broadcast at 11.15 p.m. six numbers are picked and if they match those on any lottery ticket, then the player in possession of the ticket wins the full jackpot amount. If you prefer playing the online version, a quick play option is available where the computer randomly selects the numbers on your behalf.

Additionally, there is the Lotto Xtra, which is another option in the lottery which replaced the Lotto Plus version. In the Florida Lotto, the minimum amount to win is $2M which rolls until there is a winner.

The Florida Lotto Is Not Alone

The highest pay out by the Florida Lotto was $100M, and so if you are looking for much larger payout amounts, then the Powerball lottery is just what you need. In January 2016, it created the world's largest jackpot which was a whopping $1.5 Billion. After matching the 5 main numbers plus 2 power ball numbers, a minimum jackpot of $40M can be won with a roll over amount taking in excess of $500M. One reason the amount is so huge is that the two power ball numbers range between 1 and 26 which makes it all the more challenging.

Another lottery with a huge jackpot is the Mega Millions Lotto whose biggest ever payout was $656M which was all the way back in 2012. With a large following, it was created in 2002 and the draw takes place every Friday and Tuesday night. Unlike the Florida Lotto, players are required to pick 5 numbers between 1 to 70 but all in all, these lotteries can make you instant millions.