Success Stories: The 5 Biggest Lottery Winners in Canada (So Far) 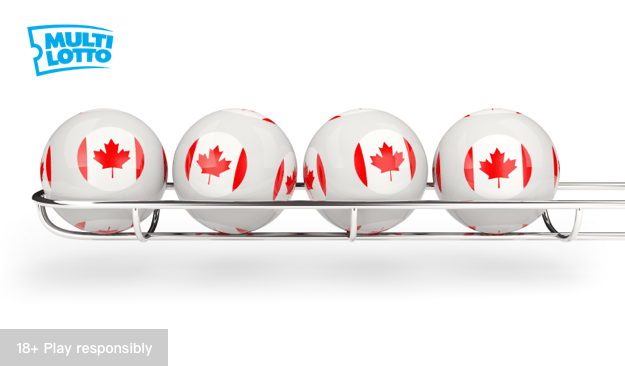 If you are from Canada, then you might be familiar with all the big lottery organizers from the country. For instance, Canada Super Lotto, Canada Lotto Max, Canada Lotto 6/49, and The Interprovincial are some of the biggest lotteries in the country. Thankfully, these lotteries have made several lucky winners into millionaires. Therefore, if you also want to try your luck at these rewarding Canadian lotteries, then you should quickly have a look at some of the biggest lottery winners from the country. Here are the 5 biggest lucky winners of various lotteries from Canada.

This is by far the biggest lottery win in Canada that took place in the January 2020 draw of the Canada Lotto Max. It was in 2019 when the maximum cap of the Canada Lotto draw was increased to $70 million with the chance of winning being one in 33,294,800.

Adlin Lewis, who is a 50-year-old credit risk manager, bought a $5 ticket for the January 2020 Canada Lotto Max draw. He was thrilled to be the sole winner of the $70 million jackpot that was awarded to him on January 13, 2020.

According to the sources, Adlin bought his ticket from a Convenience Store in Brampton, Ontario. He has been buying lottery tickets for the last 20 years and was thrilled to be the lucky winner in one of the country’s biggest lotteries. Now when he has won $70 million, he wants to travel the world with his wife and make investment plans for his family.

Canada Lotto 6/49 is one of the three main lotteries in the country, known for its high rewards. The October 2015 jackpot of the Canada Lotto 6/49 was worth $64 million, and it was won by a single ticket holder from Mississauga.

While there was a lot of buzz around the anonymous winner at that time, Zhe Wang finally came out as the single holder of the ticket. She purchased the winning ticket from a Petro-Canada station in Mississauga. Although she decided not to do a press conference after claiming the prize, we are sure she must have made a lot of plans to spend that whopping amount.

The likelihood of winning the jackpot in the Canada 6/49 Lotto is 1 in 13,983,816 as of now. Thus, Zhe Wang turned out to be extremely lucky to pick just the right numbers for the lottery, creating an impressive success story for all.

Recently, in January 2021, a family in Manitoba created history by winning the largest jackpot in the province so far. John Chua had a habit of buying lottery tickets for years on the behalf of his family. When he bought the January Canada Lotto Max ticket, he had no idea that he would win the $60 million jackpot.

Once John bought the ticket for the Canada Lotto online, he forgot about it. Thankfully, when he got an email from the online seller about his big win, he was extremely shocked and delighted.

The next month, he collected the big jackpot on the behalf of his family and couldn’t believe that it was real. He plans to invest the money for his family and travel more often with his wife, Jhoana Chan.

This was the biggest jackpot win in the Calgary region by anyone so far. The October 2019 draw of Canada Lotto Max made headlines in the country for hosting a substantial amount of $65 million as its jackpot. It was claimed by Tai Trinh, a 63-year-old man from Calgary, who was the single ticket holder for the jackpot.

Mr. Trinh was initially shocked to know that he had won such life-changing money in the 2019 draw of Canada Lotto Max. Eventually, he couldn’t believe it and kept it a secret from his friends and family. After claiming the prize money, he informed his loved ones who were extremely delighted with the news.

The modest winner bought the ticket from a local Shell Store and told that he would be keeping the money in the bank until he comes up with an investment plan. Most likely, he would be meeting financial advisors and bankers to devise an ideal course of action to spend such a big amount wisely.

Of all the success stories that we have shared about lottery winners from Canada, this has to be the most inspiring one. Bon Truong, a man from Edmonton, Albert, used to get lottery tickets every week for the same numbers. After almost 30 years, luck knocked his doors as he ended up winning $60 million in 2018.

At first, he couldn’t believe that he had won and went to a nearby convenience store to get the numbers printed. The lucky numbers (2, 3, 4, 8, 9, 20, and 30) were the combination of important dates in his life and the birthdays of loved ones.

Since these numbers meant a lot to him, he picked them every week for 30 years. The Vietnamese immigrant waited 10 months before claiming the jackpot as he wanted to come up with a plan in advance. It was certainly a life-changing amount and he wanted to be prepared beforehand.

Now when you know about some of the biggest lottery winners from Canada, you must be excited to try your luck at these lotteries too. The best part is that anyone can get lines for these rewarding Canadian lotteries via Multilotto online. Just head to the official website or app of Multilotto, select any Canadian lottery and get as many tickets as you want. Since it is a 100% secure platform, you can get your lines remotely from anywhere in the world and would even get your winning amount wired directly.