9 Fun Facts About Playing the Lotto 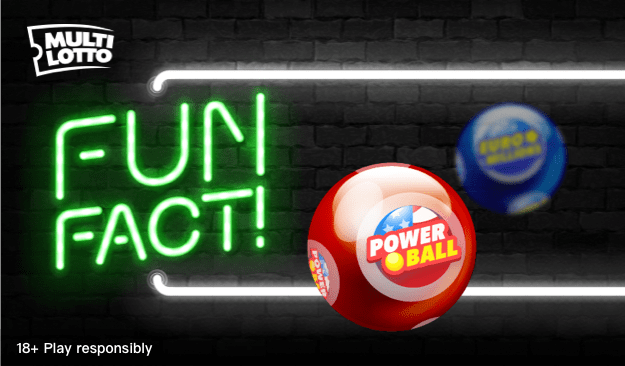 Playing the lotto is far more than just buying a ticket, waiting for the draw, and checking if you have won prizes. Not only is it a game of chance, but it has a rich history going right back to the Chinese Han Dynasty between 205 and 187 BC. As with most modern lotteries, these lotteries are believed to have funded social causes and finance major government projects like the Great Wall of China.

Therefore, let’s explore 9 fun facts that are related to “everything lotto.”

1. The history of the United States of America is closely tied to the lottery

The history of the American lottery goes right back to 1612 when an English lottery authorized by King James, granted the Virginia Company of London the right to raise money to help establish the first English settlement in Jamestown, Virginia.

Lotteries during this time also played a meaningful role in the financing of both public and private projects. Records show that over 200 lotteries were sanctioned between 1744 and 1776 to help finance the construction of roads, churches, libraries, colleges, and bridges. In fact, three universities, Princeton, Columbia, and Pennsylvania University, were funded by the proceeds from local lotteries during this time.

Different lotteries funded American wars like the French and Indian Wars, the “Expedition against Canada,” and the Revolutionary War. These included the George Washington’s Mountain Road Lottery, Benjamin Franklin’s lottery to purchase cannons for the defense of Philadelphia, and the Continental Congress’s lotteries to raise money for the Colonial army at the start of the Revolutionary War.

2. The French writer, Voltaire, was an early winner

Along with a mathematician named Charles Marie de La Condamine, Voltaire found a loophole in the French national lottery. According to History.com, “the government shelled out massive prizes for the contest each month, but an error in calculation meant that the payouts were larger than the value of all the tickets in circulation.”

Voltaire and Condamine formed a lottery syndicate and repeatedly cornered the market, raking in massive winnings. Voltaire’s share of the winnings was almost half a million francs, allowing him to devote himself to his literary career for the rest of his life without having to earn a living.

Contrary to popular opinion, very few lottery winners choose to go under a plastic surgeon’s knife to shave years off their appearance. Statistics quoted by the organization that operates the UK National Lottery report that only 1% of all lottery winners have admitted to paying for plastic surgery with their winnings.

4. Major movies have been funded by the UK National Lottery

Some of the causes deemed worth funding by the UK National Lottery have included award-winning movies like The King’s Speech, Billy Elliot, and The Last King of Scotland. In total, lottery-funded films have scored 14 Oscars and 32 Baftas.

5. The Netherlands and Belgium had the first lotteries that offered tickets for sale with cash prizes

The earliest recorded lotteries that offered tickets for sale with monetary prizes were held in the fifteenth century in the Low Countries (part of modern-day Netherlands and Belgium). Towns in this region held public lotteries to raise money to help the poor and build fortifications around the town. However, records found in the towns, Ghent, Utrecht, and Bruges show that the first lottery in this region might have been held in 1445, where a total number of 4 304 tickets were sold with a total purse of 1737 florins or circa $170 000 (USD).

It was customary in the Netherlands during the seventeenth century to organize lotteries to raise funds for public causes or support the poor. These lotto games were popular and considered a painless form of taxation. It is worth noting that the oldest running lottery is the Dutch state-owned Staatsloterij or the Netherlands Lotto that is still running today.

6. Tax-free winnings in the UK, France, Sweden, and Germany

If you are a resident of the UK, or the European countries Germany, France, and Sweden, your winnings are tax-free. In fact, these countries are known for their tax-friendly lotto tax policies. Also, the winning amounts are usually paid out in a lump sum compared to many of the US lotteries where the winnings are often paid out as annuitized prizes.

7. Not checking the lotto results can lose you the jackpot prize

It is essential to save your paper-based lotto ticket in a safe place and to check whether you have won anything after each draw. To date, one of the biggest unclaimed lottery jackpot prizes is from a 2011 US Powerball draw where the jackpot prize was $77 million. Additionally, an unclaimed jackpot amount of $68 million in 2002 was the third biggest unclaimed jackpot prize in the Mega Millions game's history. Consequently, it is imperative to check your lotto numbers as soon as the official results have been released.

As an aside, it is a wise idea to consider playing the lottery through Multilotto. You will never lose your lotto ticket and not be able to claim your prize.

8. A police officer split his winnings with a waitress

In 1984, a police officer from New York won the $6 million New York State Lotto jackpot and split the prize with a waitress from his favorite restaurant, South Pizzeria. This story started when the policeman suggested that they buy a lottery ticket together instead of a tip. Both the waitress and the policeman each picked three numbers, and when these numbers won the jackpot, the policeman and the waitress shared the prize. As an aside, this story is the inspiration behind the movie “It Could Happen to You.” However, the movie version ends where the policeman and the waitress fall in love and get married. In real life, they are both married to other people and have been good friends for a very long time.

9. The lotto has multicultural roots

The modern lottery game has its roots in the lotteries offered in the Low Countries (Netherlands and Belgium). But its name, “Lottery,” comes from the Danish word, “fate.” The term “lotto,” has Italian roots. It comes from the Milan Lotto that was hosted in the city of Milan in 1449.

Note: The Milan Lotto is the forerunner of the Italian Lotto, an exciting lottery game made up of ten regional draws and a national draw. Five numbers are drawn from a wheel for each of these draws. Players choose from 1 to 10 numbers from a ball range of 1 to 90. The next step is to choose which of the 11 wheels you’d like to bet on. There is an option to bet on all ten wheels, excluding the national draw. Thirdly, and finally, you choose the type of bet you’d like to place. Choices include correctly predicting one number, accurately predicting one number and its position on the wheel, and correctly predicting 2 to 5 numbers.

The remarkable fact about playing the lotto is that everyone has an equal chance of winning the jackpot or smaller prizes, irrespective of the numbers they choose. While it seems as though there are “lucky numbers,” statistically speaking, every number has the same odds of being selected. However, it is perhaps interesting to note that the EuroMillions lottery appears to have a set of lucky numbers. According to experts, the luckiest numbers are 23, 25, 31, 33, 38, 43, and 44. Whether this trend continues in the future remains to be seen but playing these numbers in a EuroMillions draw might be worth a shot. It’s your choice!