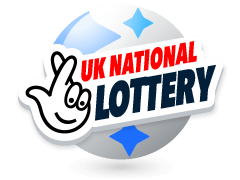 In the United Kingdom, this is the single largest lottery which is a state franchise regulated by the United Kingdom National Lottery Organization and run by the Camelot Group. Players test their luck as they attempt to win the jackpot amount which is the grand prize. Tickets can be bought from retailers or players can elect to participate in the lottery online.

The National Lottery was set up in 1994 when John Major was the Prime Minister of the United Kingdom. It was established at a time when the United Kingdom had just come out of an unemployment crisis during the recession that spanned four years from 1990 to 1993 which had peaked in 1992, regarded as one of the country's worst economic crisis ever. Looking at the timing of its inception, one can say it couldn't have come at a better time, considering many people participated in hopes of turning their fortunes around by becoming overnight millionaires during such testing times. About 28%% of the revenue is allocated to "good causes" and 12%% is duty as set out by parliament.

How To Play National Lottery

If you intend to play National Lottery, then the most important step is to pick out your lucky numbers. In this lotto, you are required to pick out six numbers and if they match those revealed during the weekly live draw, then you win the jackpot. Each of the six numbers is required to range anywhere between 1 and 59. Players can purchase the tickets from retail vendors or simply do so online. While buying a ticket from a retail vendor, you get a play-slip numbered 1 to 59 where you fill in your lucky numbers. After doing so, the vendor will print out a ticket with details such as your pick and the date, after which you pay him/her the value of the ticket.

There is a base draw which happens every Wednesday valued at £2M while the second one happens on Saturdays and it's valued between £3.8M to £4M. If more than one player matches all the six numbers on their ticket with the numbers picked out during the main live-draw for the jackpot, then all winners are required to share it equally. The maximum jackpot amount is capped at £22M as of August 2016 and if no one matches all six numbers, then the winners are picked based on those with the most winning numbers. So if two players match at least 5 numbers on the final draw and the jackpot remains unclaimed, then they share it equally at £11M each.

The National Lottery Is Not Alone

If the National Lottery jackpot which is capped at a maximum of £22M is not enticing enough for you, then you can opt to participate in the Euromillions Lottery. It is a pan-European lottery which has lotteries from countries such as Belgium, Austria, Ireland, Portugal, Luxembourg, and Switzerland that joined the draw as of October 2004. The minimum jackpot is capped at €46M and after rollovers, it rises to a maximum of €190M. To win, players must match the 5 main numbers plus 2 lucky stars numbers. So whether you intend to buy National Lottery ticket or a EuroMillions one, the outcome is the same - millions to be won!

Another similar lottery similar to the National Lottery is the Eurojackpot which has a capped minimum of €10M that rises to a probable €90M as the maximum rollover amount. You are required to pick 5 numbers that range between 1 and 50 plus an additional 2 Lucky stars numbers.

Play The National Lottery Today and Change Your Fortunes!

In this game of chance, there is a large amount of money to be won and what is even better is that more than 50%% of the revenue is used in various charities across the United Kingdom. The retailers get a 5%% commission, 4.5%% to cover operating costs and 5%% to Camelot which is the operator. So whether you are buying the UK National Lottery online or from a vendor, you stand a chance of winning millions, all while helping a good cause while creating employment for a section of a population. Play today and you may just realize your dream of winning a jackpot.