Let’s begin by stating that here at Multilotto we have over 400 online casino games including Video Slots, Poker, Roulette, Blackjack and much more. Whilst lottery games are our bread and butter and what we’re most famous for, we also cater for those who like to dabble in different games. We endeavour to create the best online casino possible for both our current clients and those who have yet to discover us.

We have a huge range of slots, which often divide opinion on which are the best slots to play. The ever popular classic casino game of roulette is available to play 24 hours round the clock, some players like to pick specific numbers, other prefer to stick to red or black. Here at Multilotto players can even play casino games on a mobile phone no matter where they are in the world.

However our clients choose to play, the magic wheel is always busy! Alongside roulette the most iconic casino game would have to be blackjack where of course you are aiming to hit the glorious 21 and win 1.5 x your stake. That surely is the best feeling when playing blackjack, closely followed by watching the dealer bust when you’ve been stuck on a lousy 16! Just like roulette Multilotto casino will always have a blackjack table available for you if you ever fancy a game.

For those who prefer a slightly more sedate pace to their gambling then poker could be the game for you. Our poker tables bring a variety of different offerings to the virtual felt and you can pit your wits against players from all over the world. Whatever your chosen game we firmly believe you’ll find an excellent customer experience here at Multilotto as we attempt to create the best online casino in the industry.

Which Are The Best Video Slots To Play?

Which are the best Video slots to play? Is a question many who enjoy a game on the video slots often ask themselves. Here at Multilotto we pride ourselves on having a wide selection of Video slots to choose from and thus the answer to the above question is that it really is down to individual choice. Some players prefer a certain game whilst others prefer something completely different. 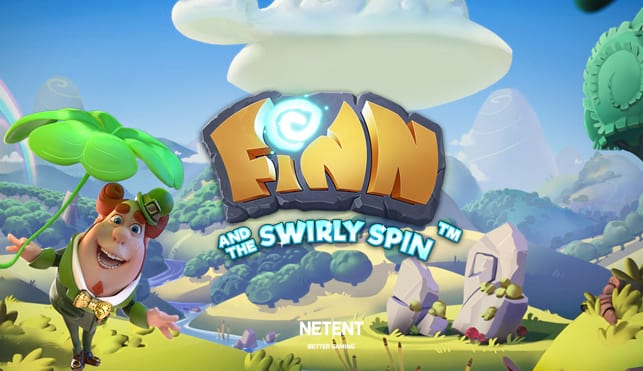 We have a ‘’casino school’’ feature which can take you through how to play a few different slots, or alternatively if you already know the basics then simply try a few out until you find your favourite. You’ll never be short of choice at Multilotto! By the way, have you heard of online Scratchcards? Our article “What are online scratchcards?” will tell you everything you need to know.

Which are the best Video slots to play? Below we take a look at 7 of our most popular games:

With haunting sound effects befitting of its name tag,  Dead or Alive has established itself as one of the most in demand slots on the Multilotto platform. Dead or Alive is a 5 reel 9 line game with a maximum spin of 18 Euros per go. If the beloved free spins feature is unlocked then players will be hoping for ‘’sticky wilds’’ to drop and bandits to be caught! This part of the game is where you can win big with up to a staggering 54,000 Euros up for grabs if all the bandits are caught. With quirky graphics, fantastic sound and substantial prizes it’s easy to see why Dead or Alive is widely regarded as one of the best video slots to play.

Finn And The Swirley Spin:

This 2017 release has understandably captured many a players imagination. The game is a 5 reel, 5 row slot and remarkably has 4 variations of the free spins feature. Finn himself is a magical leprechaun and plays soothing Irish music on this flute throughout the game making the whole experience very relaxed. The symbols don’t drop in the manner of a traditional slot game, instead they fall in swirl starting from the outside and ending up in the centre. With 4 extra random features and the ubiquitous ‘’wild’’ symbol this slot really does have the lot and it’s no surprise at all that it’s caused such a stir with Multilotto clients. There is little doubt that Finn And The Swirley Spin should be considered one of the best video slots to play.

Regular slot players will know the main character in this well liked game, he is of course intrepid adventurer Rich Wilde. In this 5 reel game Riche Wilde tackles a variety of symbols from ancient Egypt. The book symbol is one players will be keeping an eye out for as it can act as both a ‘’wild’’ and ‘’scatter’’ symbol. As a wild symbol the book can replace any other reel symbol to produce a win for the player, and as a scatter symbol you will be looking for 3 or more books to appear to trigger the exciting free spins feature. With music suitably appropriate for its Egyptian theme and gold coins popping out of the screen all over the place, those who have enjoyed playing Rich Wilde’s previous games are sure to thoroughly enjoy his latest offering. Book of Dead looks sure for a long run on the Multilotto site.

This is an extremely fast paced slot, with vibrant colours and an arcade feel. The game has 5 reels and 10 pay lines and most of the bigger wins will come through regular play rather than special features. This game has been around since 2012 so the fact it remains such a crowd pleaser is a testament to its longevity as one of the best slots to play. Despite it being a 5 reel game the ‘’Starburst Wilds’’ only appear on reels 2,3 and 4 and you will be hoping to get 3 on the screen for the best feature in the game. The graphics on this game are literally bedazzling with a plethora of bright jewels constantly filling up your screen. This visual treat backed up by an eclectic soundtrack has ensured Starburst its place in many a video slot game hall of fame.

This adventurous game is based on a real life character from the 16th century. Gonzalo Pizarro Alonso was a Spanish conquistador who was part of an expedition to Peru in 1530. During this adventure Gonzalo was involved in numerous battles with Inca tribes, but it was his mission to find gold that ended up with him being the prevailing character in a popular slot game! The game uses the archetypal 5 reel and 3 row slot format, and accompanying the reels and rows are 20 separate pay lines. For those who like to wager significant amounts per spin then Gonzo's Quest is unquestionably one of the best slots to play as up to 50 Euros can be staked per spin. With an array of visually interesting symbols such as colourful animals all set off to a Spanish soundtrack Gonzo’s Quest has established itself as a firm favourite with Multilotto clients.

This game has been around for a very long time and is a 25 pay line progressive jackpot slot. The game is based around a jungle theme and players will be looking for as many monkey symbols to pop up as possible as this is what triggers the scatter and free spins. A Lion is featured on the wild card symbol and this doubles any win the player may have. There are 4 progressive jackpots available and these are triggered entirely at random. When a player is made aware he has won a jackpot a spinning wheel will appear and the player will then find out which jackpot they have won. The 4 jackpots are Mega, Major, Minor and Mini and as you can imagine all Mega Moolah players will be hoping to land the ‘’Mega’’ for it will be a humongous win if they do.

This slot game has recently been all the rage on our site and is considered by many as one of the best slots to play. Set in something of a futuristic fictional universe the game still manages to carry a funky retro feel to it. As well as having the traditional playing card symbols on the 5 reels, there are also the 2 main characters in the game, these being ‘’Astro Adam’’ and ‘’Extragalactic Eve.’’ Alongside Astro Adam as the most desired symbol in the game is ‘’The Robot.’’ The Robot acts as both a wild and scatter symbol and it’s The Robot Revolution feature that provides the game’s biggest wins. Cleverly designed and with music that will make you chuckle, if you haven’t had the chance to play Planet Fortune yet then why not head to the Multilotto casino and try this quirky slot.

Hopefully by now you’ll have an opinion on which are the best slots to play. We’re constantly striving to ensure we’re the best online casino possible and with our huge range of slots we consider ourselves the definitive go to venue for playing slots online. Here at Multilotto we cater for every type of bankroll and every type of player.

If you want to play for pennies and cents then that’s great and if you’re something of a high roller then we’ll offer you a service befitting of the best online casino experience. For our regular slot players there will always be cash bonuses and free spins from time to time, and we make sure they are credited straight to your account without any prompting form the player. If you like playing video slots, you’re in the right place!

Everything you Need to Know About the Cash4Life Lottery

How to Avoid Bad Luck When Waiting for the Lotto Draw

What was the biggest Euromillions Jackpot?